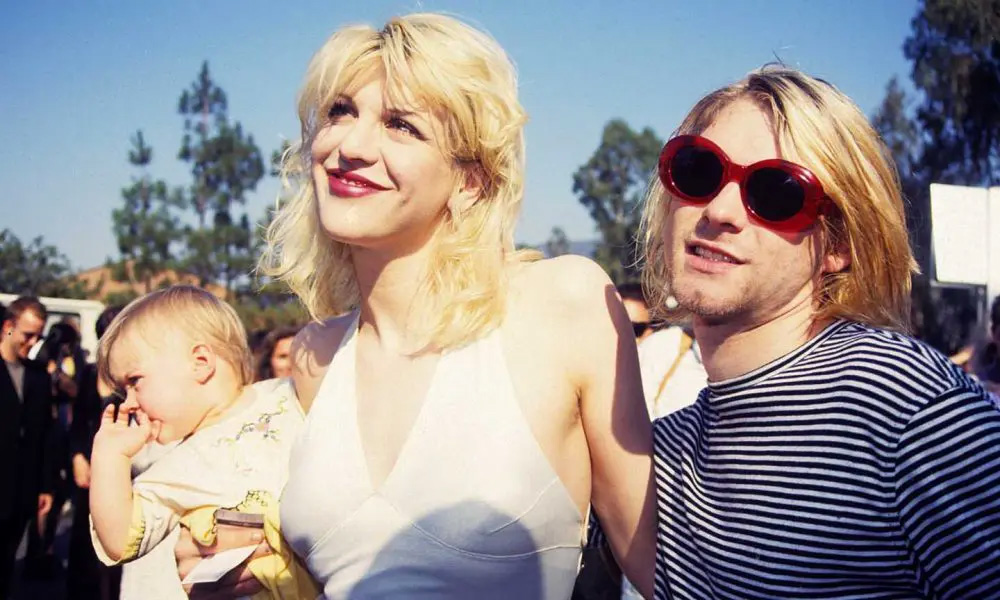 The year 1994 had epic high points, tragic lows, and plenty of great albums. It was the end of an era, as fans mourned the untimely death of Nirvana frontman Kurt Cobain. The iconic grunge band’s contributions would be honored throughout the following months, while their live MTV Unplugged in New York album, released in November, would endure as a totem of the group’s genius.

That summer, Gen X’ers enjoyed a mud-filled weekend of release at Woodstock ’94. The 25th anniversary of the legendary festival delivered plenty of memorable performances from acts like Collective Soul, Violent Femmes, Salt-N-Pepa, and Aerosmith, while many of the original 1969 headliners took to the stage as well, including Crosby, Stills, & Nash, Joe Cocker, and Country Joe and the Fish.

1994 also ushered in the resurgence of punk, thanks to bands like Green Day and the Offspring, while genre-defining acts like Weezer, The Notorious B.I.G., and Oasis made grand entrances with memorable debuts.

From TLC’s CrazySexyCool to Beck’s Mellow Gold, here are the best albums of 1994.

Anchored by the hit single “Why Haven’t I Heard From You,” the country music queen’s 20th studio album proved that she had staying power, taking her from successful to untouchable.

The California artist’s debut album injected the indie scene with some much-needed activism and paved the way for a career full of beautiful sounds and strong principles.

The rock band’s first album with Pepper Keenan singing lead solidified their transition from punk to metal and produced some of their most beloved songs.

66: Emperor – In The Nightside Eclipse

The black metal band’s 1994 album helped put Norway’s metal scene on the map by adding a level of professionalism and sonic ambition.

65: The Future Sound Of London – Lifeforms

This heady release from the electronic group showed that techno music didn’t only have to exist on dancefloors, it could stimulate your head just as much as your feet.

Richie Hawtin’s second effort as Plastikman is a minimal techno staple that incorporates thrilling acid lines with sparse yet potent percussion to create a club classic.

Taking influence from pop-rock and grunge, the band’s debut album has come to be recognized as a hard rock classic of the 90s and features the hit single “Possum Kingdom.”

61: The Mavericks – What a Crying Shame

Featuring the hit singles “O What a Thrill” and “There Goes My Heart,” the country band’s 1994 album is a perfect marriage of pure country with some unique pop flourishes.

The punk band went back to their hard and fast roots for their eighth studio album, reminding their fans that despite big label fame their heart was still in the underground.

The Norwegian black metal classic is harrowing to say the least, for both what’s in the album as well as what happened outside of it.

The group’s last album before a decades-long hiatus divided some fans upon release, but over time has come to be regarded among some of their best work.

Costello joined forces with the Attractions again for his 1994 album which takes on traditional rock and roll with his trademark twist.

This classic punk metal album is focused and intuitive, not conceding to the limitations of genre and moving based on feeling instead. The result is a record that gets better with every listen.

Mitchell’s Grammy award-winning album rails against a number of social ills including environmental degradation, domestic abuse, and inaction toward the AIDS crisis.

The pop queen’s sixth studio album includes the hit single “Take a Bow” and up until that point was one of her most inviting releases, full of warm and loose grooves.

With songs like “Hey Foxymophandlemama, That’s Me,” and “Aye Davanita,” this album ranks among the band’s most experimental and unexpected records, that being said, its reflections on life and death are masterful.

The band’s last album with Rick Wright explores the ties that bind us and more importantly the walls that divide us from a societal and emotional point of view.

The Teddy Riley-helmed group’s debut album predicted the hip-hopification of R&B that would come in the mid-2000s by melding tight harmonies with hip-hop swagger.

The electronic music’s sophomore album took a warmer turn than their debut and pushed their sound to more innovative heights.

She may be known as the Vocal Bible now, but at the time of her debut Brandy was a teenage R&B princess with endless charm and sticky sweet hits.

Dedicated to her late father, the singer-songwriter’s sophomore album is a meditation on grief presented through heartbreakingly beautiful songs.

46: Jeru the Damaja – The Sun Rises in the East

Produced by DJ Premier, the hip-hop legend’s debut album is a staple of New York rap and despite being Jeru’s first outing, holds the wisdom and candor of an artist twice his age.

The Scottish band headed to America, and Memphis more specifically, for their fourth studio album, a brash and undeniably confident spin on classic rock and roll.

41: The Stone Roses – The Second Coming

Home to fan favorites like “Ten Storey Love Song” and “Begging You,” the band’s second and last studio album is a delight of irresistible rhythms and thrilling guitars.

The veteran rockers went back to the source on their 1994 release. Rather than co-opting new genre trends, they wisely opted to reaffirm why they were so good in the first place.

Featuring the hits “God” and “Cornflake Girl,” the singer-songwriter’s second studio album established her as one of the premier storytellers of her generation.

The band’s debut feels like a pop sugar rush with infectious melodies and catchy hooks that are a pure delight to the ear.

The West Coast rock band’s 1994 album is one of their most successful to date and established them as one of the most celebrated punk bands of the decade.

The R&B duo’s debut album is home to the club classic “Hey Mr. DJ,” and helped shape the sound of the genre in the 90s.

Home to the title hit and the single “Girls & Boys,” the British band’s third studio album offers a window into the mores of the UK in the 90s.

Including the timeless hit, “I Used To Love H.E.R,” the Chicago rapper’s second album eschews trends to explore how jazz, poetry, and social critique can complement his take on hip-hop.

33: Frank Black – Teenager of the Year

The enigmatic pop singer’s solo work moves away from his former band the Pixies and embraces catchy pop hooks and quirky details to produce a classic of the decade.

The renowned country singer’s comeback album is the first of a series of albums that he recorded with Rick Rubin and was instrumental in reintroducing him to the mainstream.

The genre-blending artist’s 1994 album takes rock, hip-hop, and folk music as inspiration to create a unique collage of styles that sounded like nothing else before it.

While Nas was conquering mainstream rap, fellow East Coast MC OC kicked off a parallel trajectory in the underground off the strength of his stunning debut album.

The indie rock band came into their own on this album which corrals the alluring chaos of their earlier work into a cohesive yet sonically diverse album.

The Houston rapper’s critically acclaimed album is not for the faint of heart, examining the effects of violence and death on the psyche it reveals an MC who is as traumatized as he is immensely talented.

27: The Prodigy – Music For The Jilted Generation

The electronic group’s second studio album is a defining document of UK rave culture of the 90s. Facing increasingly hostile police crackdowns, the album captures the sound of the youth fighting back for their right to party.

The electronic group’s freewheeling album brings together the best of the genre from acid to techno to dub and has come to be recognized as a cult classic.

Spanning funk and traditional Mexican music, the Latin rock classic is one of the most diverse offerings of the genre and is widely considered to be a masterpiece.

Seeping with regret and sadness, the hard rock band’s mostly acoustic album reveals the soft underside to their aggressive exterior.

Home to the classic “Hallelujah,” reverence for Buckley’s only studio album continues to grow in the many years since his untimely passing.

Including unforgettable hits like “I’ll Make Love To You” and “On Bended Knee,” the R&B group’s third studio album catapulted them from talented boy band to global stars.

This ambient music masterpiece disturbed the status quo of beatless electronic music by finding a way to infuse movement and a sense of restlessness without traditional percussive indicators.

The Welsh rock band’s last album before the disappearance of Richey James, is as bleak and hopeless as the event that succeeded it. Despite the darkness, it remains an enduring piece of the band’s legacy.

Featuring hits “Live Forever” and “Supersonic,” the British rock band’s debut album takes inspiration from the history of British rock to create a new, exciting sound that would define a generation.

The Southern hip-hop champions’ debut album changed the course of the genre by introducing the world to the particular stylings of Atlanta rap and to two of the greatest MCs to ever do it.

The trip hop group’s award-winning debut put Bristol’s music scene on the map, revealing the power of downtempo beats to emphasize the plight of disaffected youth.

90s emo music wouldn’t exist without this album, which many consider to be the origin of the sound – a blend of punk, grunge, anthemic rock, and stirring melodies.

The hip-hop band’s major label debut took the best of a jam session and a rap cypher and created a whole genre around it, expanding the musicality and improvisational limits of mainstream rap forever.

With help from Lee Scratch Perry, the hip-hop group brought together their DIY roots, punk music, and jazz on their fourth studio album.

After making their name in the Bay Area underground scene, the pop-punk band’s major label debut converted their early charm into an album that is irreverent, melodic, and full of spunk.

The R&B queen’s sophomore album’s unflinching honesty with regards to drug addiction and abuse earned her the distinction of one of the decade’s most honest and compelling storytellers, a title she holds to this day.

With tracks like “Weather Storm” and “Protection,” the pioneering trip-hop group’s 1994 album expanded their sonic palette even further.

Including favorites like “Closer” and “Hurt,” Trent Reznor’s masterful concept album incorporates innovative production and wildly diverse styles, all held together by an overarching darkness.

The Tejano music queen’s Spanish language album transformed her from a regional pop star to border-crossing icon and paved the way for her arrival on the mainstream US charts.

Easily one of the greatest rap debuts of all time, the hip-hop legend’s introduction to the world remains one of the most technically masterful and gut-wrenchingly prophetic records of its era.

The quintessential 90s girl group’s stylish sophomore album is more than a record, it’s a whole mood that expertly taps into the warmth of R&B and the rugged cool of hip-hop to create a sound of its own.

The Los Angeles rock band’s debut polarized critics upon release, but in time people came around to Rivers Cuomo’s distinct brand of pop rock and the album found timeless hits in “Undone – The Sweater Song” and “Buddy Holly.”

The New York rapper’s prophetic 1994 debut album would define the arc of his career, catapulting him from Queensbridge up-and-comer to hip-hop savior. It remains one of the greatest rap records of all time.

Easily one of the most iconic sets of the MTV series, the Seattle band’s acoustic performance has gone down in history as the most emotionally intimate moment of their career.