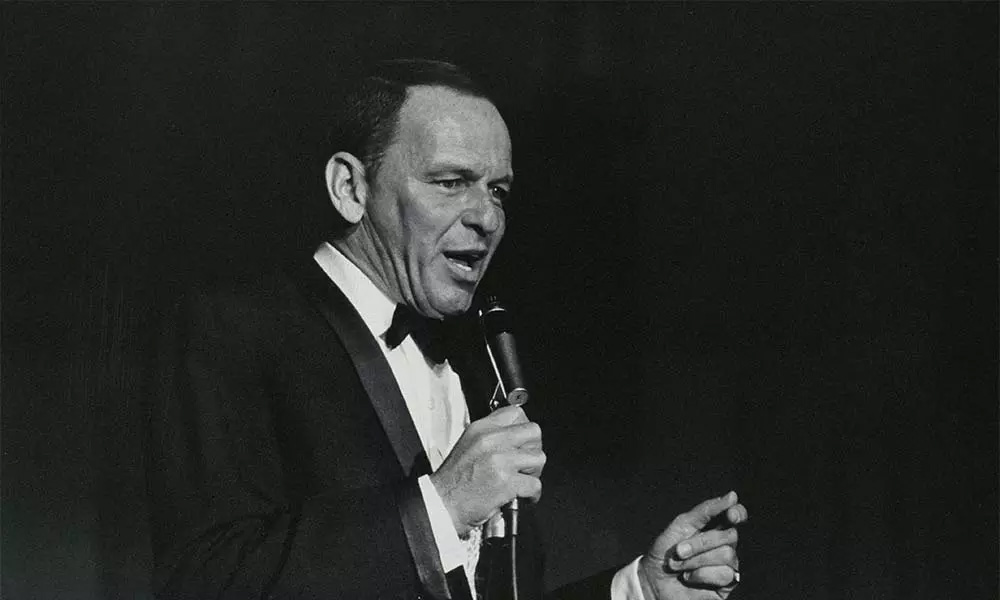 In March 1969 Frank Sinatra released a single that would become regarded as one of his signature tunes: “My Way,” an anthemic ballad in which the song’s aging protagonist reflects on his life and its achievements. Since then, countless “My Way” covers have been recorded, with everyone from Elvis Presley to Sid Vicious resonating with Sinatra’s timeless version.

With its balance of vulnerability and egotism, heartbreak, and bravado, “My Way” was seemingly tailor-made for Frank Sinatra, but it was, in fact, a version of a tune called “Comme D’Habitude” that was first recorded in 1967 by its co-writer, French singer Claude François. Canadian singer-songwriter and former teen heartthrob Paul Anka (of “Diana” and “Lonely Boy” fame) heard the song while on vacation in France and was inspired to adapt it for Sinatra, who had told him he was thinking of quitting the music business. Rather than translate the original French words, Anka wrote a new set of English lyrics for the song. The Chairman didn’t need much persuasion to record the tune and, on December 30, 1968, he went into a Los Angeles recording studio to put his indelible mark on it.

But while Sinatra’s version is considered definitive, a multitude of “My Way” covers have sought to present the song in new light: soul (Nina Simone), Latin (Gipsy Kings), jazz (Gene Ammons), country (Willie Nelson) and even classical (violin maestro André Rieu). The song’s theatrical dimension has appealed to actors too, among them John Cleese, Edward Woodward, and even the late Sir Christopher Lee, who recorded a thrash metal version.

Here, then, are ten of the best “My Way” covers, saluting a song that has lost none of its power over the years.

Though Sinatra initially spoke out against rock’n’roll, he had a warm and cordial relationship with the man they called The King. In the 70s, Elvis made “My Way” a staple of his live shows, remoulding it in his own image. He performed the song during his 1973 TV broadcast, Aloha From Hawaii Via Satellite, and following his death, in August 1977, Presley’s record label released a single version of the song recorded for a TV special in June of that year.

A peerless song stylist who had the ability to inhabit other people’s songs and make them her own, Nina Simone transformed “My Way” from a stately ballad into a propulsive, percussion-driven soul symphony on her 1971 album, Here Comes The Sun. Simone co-arranged this version with Harold Wheeler.

Noted for her awesome lung power, clear diction and histrionic sense of drama, Wales’ First Lady Of Song stamped her authority on “My Way” with a version that appeared on her Something LP, released in 1970 by United Artists. It boasts a fine Johnny Harris arrangement that begins with delicate harpsichord arpeggios before building upon the emotional intensity with heavy brass and strings.

John Lydon had left the controversial English punk band Sex Pistols by the time they appeared in Julian Temple’s 1980 movie, The Great Rock’n’Roll Swindle, which found bassist Sid Vicious putting his own sweary spin on the Sinatra classic. Vicious practically snarls his way through the song with a defiant performance that epitomised punk’s belligerent attitude and set the template for all the punk-tinged “My Way” covers that followed. Vicious’ version was the B-side to the single “No One Is Innocent,” the Pistols’ collaboration with notorious bank-robber-on-the-run Ronnie Biggs.

In 2001, the former Take That singer released a live version of “My Way” as the B-side to his single “Let Love Be Your Energy.” Complete with singalong audience participation, the tune was recorded in concert at the Manchester Evening News Arena the previous year. It’s mostly faithful to Sinatra’s version (save for a change of lyric, where Williams sings “I saw it through with a tax exemption” instead of “I saw it through without exemption”) and presaged the Stoke-On-Trent-born singer’s Sinatra-inspired Swing When You’re Winning album.

This Cincinnati-born US rocker (real name Andy Biersack) formerly led the band Black Veil Brides before beginning a solo career in 2016. Two years later, he added his solo version to the list of “My Way” covers. Though beginning in fairly orthodox style, Black’s interpretation explodes into life halfway through, channelling Sid Vicious via energetic punk-style guitars.

Originally from Pontyberem, Wales, Squires – whose real first name was Edna, and who at one time was married to actor Roger Moore – scored her first UK hit in 1953. Her last UK chart entry was her MOR take on “My Way,” which spent three separate spells in the UK Top 40 during 1970 (it achieved its peak position of No.25 upon its final re-entry in November of that year).

Though they hail from France, guitar group Gipsy Kings draw heavily on Latin music, particularly Spanish flamenco. They brought a palpable Hispanic flavor to their passionate 1987 reconfiguration of “My Way,” which they retitled “A Mi Manera.”

Chicago jazz tenor saxophonist Gene Ammons made “My Way” the title track of a 1971 album for Prestige. He retooled the song as a soulful, after-hours ballad (complete with strings and a horn section) riven with powerful bluesy inflections.

Shane MacGowan And The Popes

After his first solo album following his departure from the legendary Irish band The Pogues, MacGowan put together a new band and recorded the 1996 album Crock Of Gold for producer Trevor Horn’s ZTT label. Included as a bonus cut was another one of the world’s punk-inspired “My Way” covers.

Sinatra’s Rat Pack buddy Davis served up his own take on “My Way” for his 1970 LP, Something For Everyone, his only offering for Berry Gordy’s Motown Records. Instead of following a stylistic template established by The Chairman’s version, Davis opted for an uptempo rendering with a hint of funk seasoning in its groovy backbeat.

At 85, this Texas-born country troubadour is as prolific as ever, still releasing albums on a yearly basis. His indelible version of “My Way” – the title track from the singer’s 2018 Sinatra tribute album – shows how Nelson can take a song closely identified with another performer and make it his own. Beginning with spare guitar accompaniment and heart-tugging harmonica wails, the track gradually builds with the addition of rich strings which, together with Nelson’s weathered voice, imbue the performance with a tender poignancy.

One of the most successful classical musicians of the 21st Century, the much-decorated 69-year-old Rieu is a Netherlands-born violinist and conductor who made a name for himself from the 90s onwards. He recorded “My Way” in 2015 (for his album Magic Of The Violin) with the Johann Strauss Orchestra, an ensemble that he founded in 1987. Rieu’s arrangement of the Sinatra-associated classic, with its opulent orchestration and heavenly choir, is probably the most grandiose of “My Way” covers.